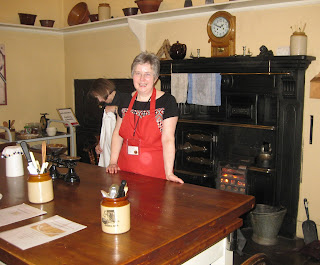 Last Autumn I was invited to talk to the Friends of Clifton Park Museum, Rotherham about Grandma’s baking. The Museum boasts a wonderful black leaded Yorkshire Range which was restored in 2005 to working order. From time to time, the Friends show how food was cooked on the range in times past. You won’t be surprised that they ‘challenged’ me to go along and bake with them. 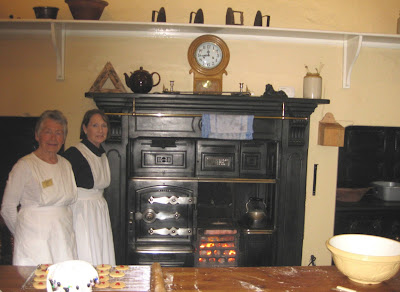 So with some trepidation I went along. I needn’t have worried as the‘Rangers’ were there to give me a hand. The museum staff had lit the fire about an hour before I arrived to get it ready for baking. Penny, Ann, June and Joan all helped me out by keeping an eye on the oven, fetching and carrying water and, best of all, washing up! 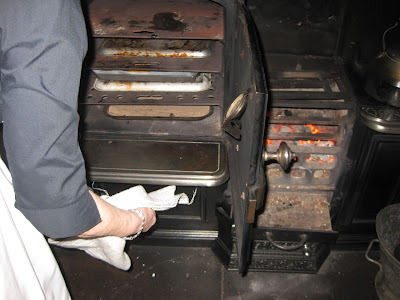 Joan had asked me to bake shortbread, so I showed the visitors how to make the mixture by rubbing the butter and flour in a large bowl to make breadcrumbs. Then I added  egg yolks to make a dough. (I saved the egg whites to make some Coconut Macaroons later.) The Rangers took it in turns to roll out the dough and cut into biscuits shapes, topping some with glace cherries and pricking others with a fork to make a decoration. Then it was into the oven for around 25 minutes until baked. 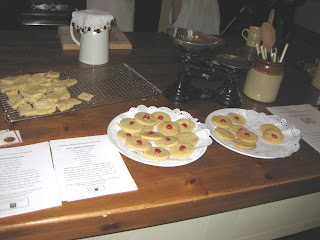 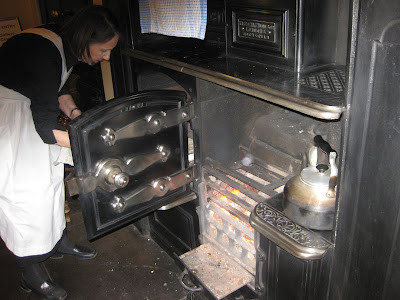 Take care with the oven door
I really got into the hang of baking on the Range and the biscuits soon disappeared with the visitors saying they were the best biscuits they had ever tasted! What are your favourite biscuits?