Bring on the Butterscotch 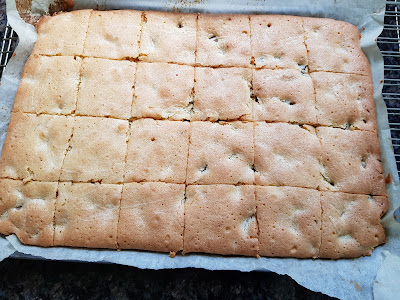 Given my fondness for Butterscotch, it’s no surprise that during lockdown, I’ve been enjoying this delectable sweet. I’ve had a go at my own Butterscotch based on an old Doncaster recipe and created a range of recipes using Butterscotch. 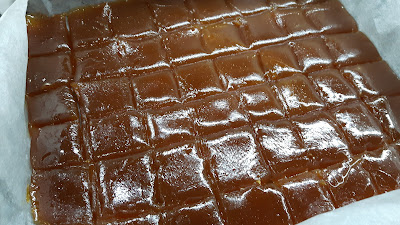 I’ve not made Blondies very often. They are a lesser known version of the Chocolate Brownies but in fact they predate their chocolate cousins as they were popular from the mid nineteenth century. Brownies are said to have appeared around the early twentieth century in 1906. 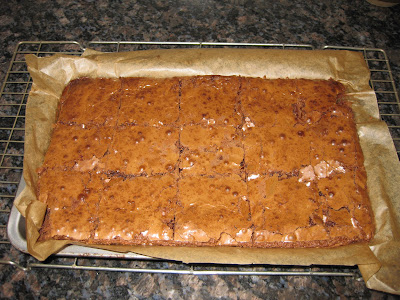 Heat the oven to 200C/400F/Mark 6. Melt the butter in a pan over a medium-low heat. Leave to cool slightly. Line a 30cms x 20cms baking tray with greaseproof paper. Sift the flour, baking powder and salt together in a mixing bowl, then stir the sugar into the cooled melted butter. Stir in the eggs and vanilla into this mixture, then gently fold this into the flour, with the chocolate and butterscotch. Take care not to overmix. Pour the mixture into the tin and bake for 22-25 minutes, until set on top.  Leave to cool and then cut into 12 squares.

Meryl says : You can save some Butterscotch pieces to decorate the top of the Butterscotch Blondies if you wish. Enjoy a taste of Doncaster! 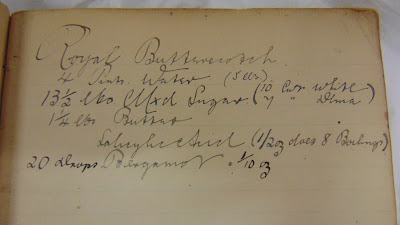