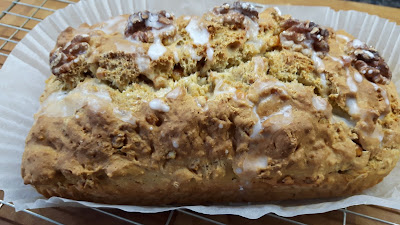 I can’t resist this invitation to 'Come to Tea' from Sheila’s old recipe book. It’s an interesting teabread recipe for Orange Walnut Bread. The old recipe refers to cupfuls for most of the ingredients so I’ve converted this to metric and imperial weights and measures.  It’s a lighter teabread than the usual ones with dried fruit so I think it would have been a popular summer recipe. 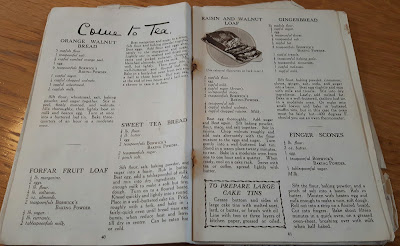 Pre the oven to 170C/Mark 3/325F Sift the flour, wheatmeal, baking powder and sugar together. Stir in the mixed peel and walnuts. Mix thoroughly, then lightly beat in the milk and egg. Turn into 2 greased or lined loaf tins. Bake for 45 minutes in a moderate oven. 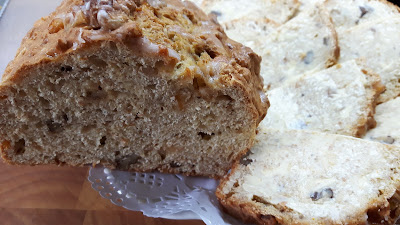 Meryl says : This recipe works very well as a teabread especially when spread with lashings of butter. It’s a perfect addition to Grandma Abson's Afternoon tea repertoire! What do you think?
Posted by Meryl at Wednesday, July 19, 2017 No comments: