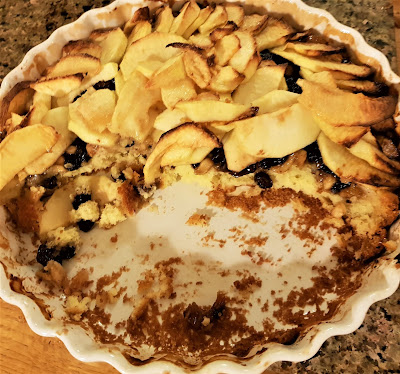 It’s not surprising that with changing plans for Christmas, I made too much mincemeat. By 2 January I still had two jars left but, as the saying goes, every cloud has a silver lining. I had enough to try out a recipe which my friend Sarah gave me a few years ago. It was one that her mum used to make and the pudding became a family tradition for New Year. 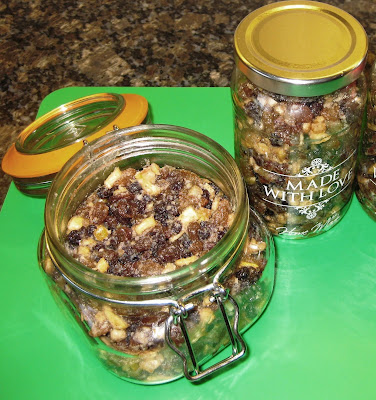 2- 3 cooking apples (depending on size)

Preheat the oven to 200C/Gas 6. Prepare a 25cm/10inch flan dish by rubbing it with butter. Beat the butter, sugar, flour, baking powder and egg together until well combined. All the milk and continue to mix until a smooth consistency. Spread the mixture over the base of the dish and then spoon the mincemeat over it. Peel and core the apples, then slice thinly. Arrange these over the top of the mincemeat. Brush with melted butter and sprinkle demerara sugar on top.  Bake for about 30 minutes until the apples are cooked. Serve with custard, crème fraiche or ice cream as you wish. 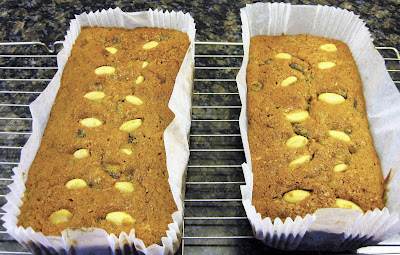 Meryl says: It’s an easy dessert to make and proved a winner with us too. Grandma has a Mincemeat Cake which is another great recipe for leftover mincemeat. You can also freeze mincemeat too for around 6 to 8 months. 'Waste not want not' as she used to say!