Stir It Up for Christmas 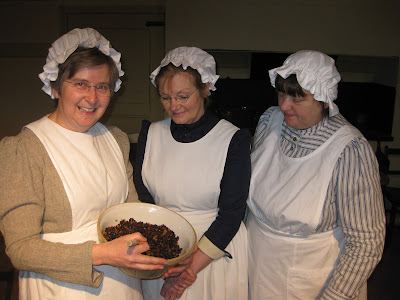 Stir it up in the Great Kitchen at Cusworth Hall
Wishes were in the air at Cusworth Hall Doncaster last weekend. Stir Up Sunday (the last Sunday in the church year) is the day when everyone has a go at stirring the Christmas Pudding mixture and makes a wish. June, Hazel (alias Mary and Rose) and I put on freshly laundered aprons and caps worn by the former kitchen staff in the Hall and reenacted preparations for Stir Up Sunday in the kitchens at the Hall, just as in the 1900s. 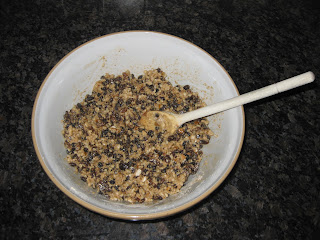 Stir it up and make a wish
We made the Plum Pudding recipe from Grandma Abson's Traditional Baking. The Victorians called raisins 'Plums' hence the traditional name for Christmas Pudding. Grandma generally made her own Christmas Puddings a few weeks before Christmas and tied them up with clean cloths such as muslin or cotton. The recipe comes from her elder sister, Emma. It makes 3 large puddings so I’ve cut it down here to make one for a 2 pint basin.


Mix all the dry ingredients. Add the eggs, then the stout and milk. Mix all well. Cover with greaseproof paper. Steam or boil for 4 hours. Store in a cool place until Christmas Day. Then, steam for 2 hours prior to serving on the day.” 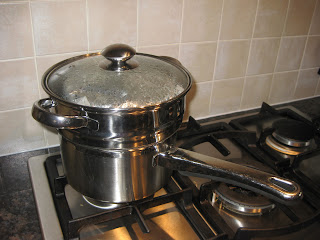 Steaming the Plum Pudding
(see below to microwave it) 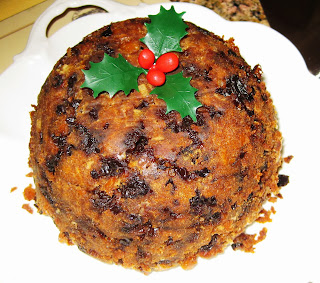 Meryl's tips for a perfect Plum Pudding
1.     If you don’t have a steamer, you can put the pudding basin in a large pan on an inverted saucer or small plate and pour water to about ¼ of the side of the basin.
2.    Keep topping the water up in the pan so it doesn’t boil dry.
3.    Always test with skewer – if the skewer comes out clean, then it’s fully cooked. If it still sticks to the skewer then cook for a minute or so longer.
4.    And just in case … You can do all this in a microwave and make a microwave Christmas Pudding. Cover the pudding in cling film and for the first stage, cook on medium power for around 20 minutes. Then leave to cool, recover with fresh cling film (or foil) and store in cool place as before. On Christmas Day, remove the foil and cover with cling film, reheat for 6-8 minutes on a moderate heat.
5.    Whatever the method for cooking, leave the pudding to stand  for a few minutes before serving and prepare Brandy Butter, Custard or cream – whatever you like best. We always have Rum Sauce. 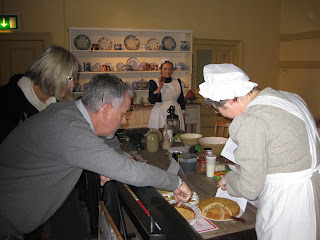