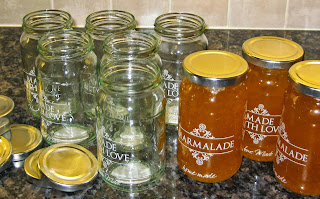 I love making marmalade with Seville Oranges and always make the most of the Marmalade season. Grandma Abson had several Marmalade recipes and now I have another easy Orange Marmalade recipe from Grandma Pat who used to make Marmalade for all her family. 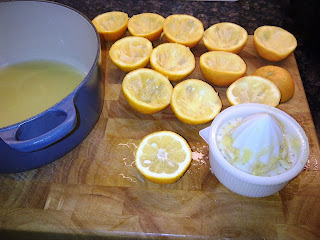 Squeeze the oranges, remove the pith and pips and put them in a muslin bag. 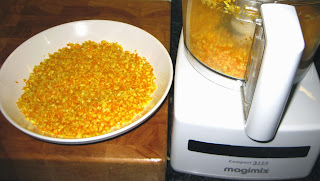 Either cut up the peel or chop it in food processor. 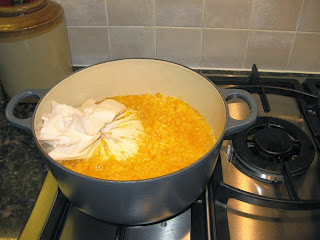 Put the juice, bag of pips and pith and peel
with half of the water in a large pan.
Simmer for about an hour until the peel is soft. 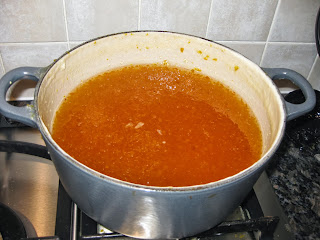 Remove the bag, add the sugar and the rest of the water. Bring to the boil. Fast boil for 15 minutes. 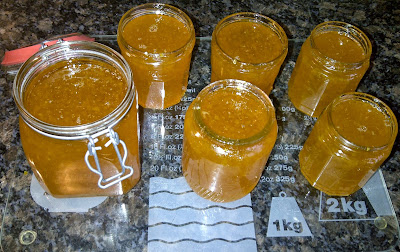 Leave for about 10 minutes before potting. 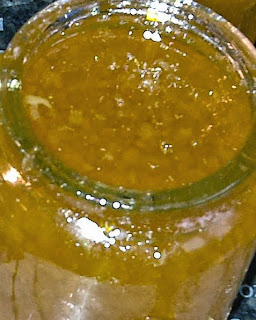 Enjoy your homemade marmalade!
Posted by Meryl at Saturday, February 05, 2011