Fiesta time in the Rhubarb Triangle 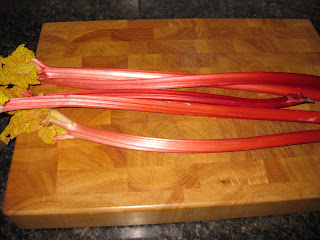 Glorious forced pink Rhubarb
February marks the major event of the year in the Rhubarb calendar. Grown in an area around Wakefield in the north of England, in warm, dark ‘forcing sheds’, this pink fleshy plant is a popular Yorkshire treat. There’s a big Rhubarb Festival going on around the end of February in Wakefield.  The area where it’s grown is famously called the Rhubarb Triangle and you can even go on a tour of the forcing sheds.

Grandma’s Tips for cooking Rhubarb
Grandma usually stewed Rhubarb by cutting off the leaves, washing the sticks and cutting each stick into pieces each one about 2 inches/50 cms long. Then she placed them in a pan over the hob with a little water and sugar.

When she had lovely forced pink Rhubarb, she would wash and cut the pieces and sprinkle demerara sugar over them. Then she would cook them in the oven (325F, Mark 3, 160C) for about 15 minutes until tender. This way the Rhubarb retains its maximum flavour and the pieces look like pink jewels! 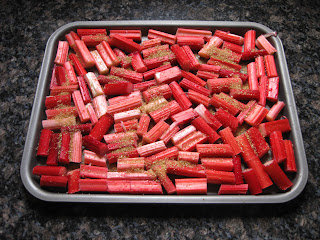 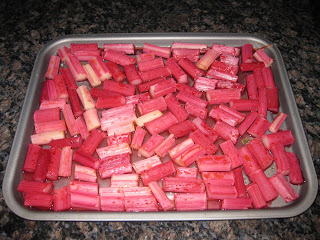 Cooked Rhubarb - jewels in the crown!


Grandma used to make delicious crumbles and pies but one of my favourite desserts is Rhubarb Tart. 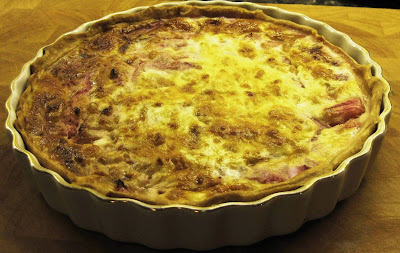 To make Shortcrust pastry
4 oz(110g) butter
8 oz (225g) plain flour
Salt
1 egg
A little water (or a little milk and water)
Rub the butter into the flour and salt. When the mixture is like breadcrumbs, make a well and add the egg. Add the water to make a dough. Let it stand for ½ hour in a cool place before rolling out.
For the filling
Rhubarb (about 450g) prepared and cooked as above
2 oz (50g) butter
2 oz (50g) caster sugar
1 egg beaten
2 oz (50g) self raising flour
1 oz (25g) ground almonds
A little milk to glaze
Sugar to sprinkle on the top

Roll the pastry out to cover a 9 inch (23 cm) flan dish, reserving the trimmings of the pastry for the lattice decoration. Spread the cooked Rhubarb on the bottom of the pastry base. Cream the butter and sugar until light and fluffy. Beat in the egg, a little at a time, fold in the flour and ground almonds. Spread over the Rhubarb. Bake in the oven at 35oF, Mark 4, 180C for about 25 minutes.

If you have spare pastry trimmings you can make a Rhubarb Lattice Flan. Roll out the trimmings of the pastry and cut into thin strips to criss cross the top of the flan. Moisten the ends of the strips with water and arrange over the filling, pressing the wetted ends to seal. Brush the lattice with milk and sprinkle with sugar.